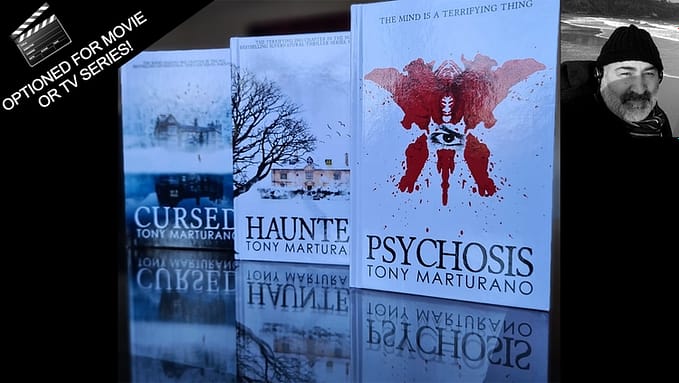 There are various important milestones in an author’s life. Such as holding the physical copy of your first book or seeing it adorned by that coveted orange number 1 bestseller tag.

And yet, nothing can quite prepare you for that moment when you are approached by a Hollywood film producer telling you that they have fallen head-over-heels in love with one of your books, PSYCHOSIS, and that they’d like to turn it into a movie.

Of course, this is me I’m talking about which means that, since the approach wasn’t made through official channels but via a message on Instagram, my initial reaction was to conclude that it must be SPAM and therefore deleted.

Luckily, I didn’t. And a few weeks and messages later, I agreed to video conference with both the producer and director and allowed them to pitch their ideas to me. 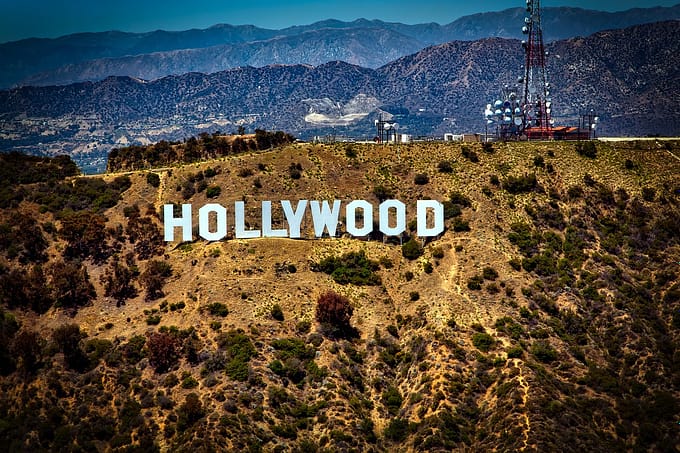 And yet, even after that meeting I still didn’t believe that these people were for real. With each day that passed, I expected the whole thing to either collapse or metamorphose into some kind of scam.

Well, I’m here, writing to you today to tell you that it did not.  After a long period of lawyers doing what they do best, an equally long agreement was raised. And, as of a few days ago, the movie rights to all three books, PSYCHOSIS, HAUNTED, and CURSED have been optioned for a major motion picture or television series.

I am legally restricted from disclosing any specific information at this time but rest assured that I shall be keeping you informed of future developments as and when they happen.

Me, attempting to juggle all three books in the Haunted series. Psychosis, Haunted and Cursed. All three books have been optioned for adaptation into a major motion film or television series.

And so, as I sit here attempting to recover from the shock of it all, I’d like to take a moment to THANK YOU.   Yes, YOU.  There aren’t many people in the world who have the rare privilege of doing what they love for a living.  I can tell you that many years ago (yes, too many to mention), I used to dream of this day. And yet, after much rejection, I had resigned myself to the fact that perhaps I’d be better suited to writing as a hobby.  And I had made my peace with that.

But then a few years ago, when an opportunity arose and gave me the courage to take time out to write full time, I grasped it with both hands.  The Haunted series was born and you, my readers, took Marco and Buddy the dog into your hearts. I haven’t looked back since.

So, thank you from the bottom of my heart. Yes, I know that sounds twee, especially if you’re one of those cynical Brits.  And yet, without you, none of this would be possible, and for that I am eternally grateful. I know my writing can’t suit all people all the time but know that I have and will always strive to ensure that my books are everything you expect and more.

SO, WHAT NOW FOR MARCO AND BUDDY?
This has been a common question for those who have finished CURSED. And some of the eagle-eyed who have already noticed terminology that might suggest future books. More specifically, that all marketing refers to the Haunted SERIES and not TRILOGY! Kudos to you!

Yes. I’m happy to say that this was deliberate. Again, when starting these books, one has no idea of how well they will be received. With Haunted though you sent me a message and hence why there was CURSED.

So, do Marco and Buddy have more adventures ahead of them? All I can say is that Marco has amassed a unique set of skills and been through some major experiences. I’d say he’s perfectly placed to help others who may well find themselves in similar circumstances. But then, who am I? 😉

And so, if things go to plan it is going to be a very busy couple of years. Short term, especially so as I work hard to complete the 2nd draft of the manuscript FORMERLY KNOWN as INCUBUS.  What? You don’t know about this latest development? Well, that’s because all is going to be revealed in a separate post of its own very soon.  🙂