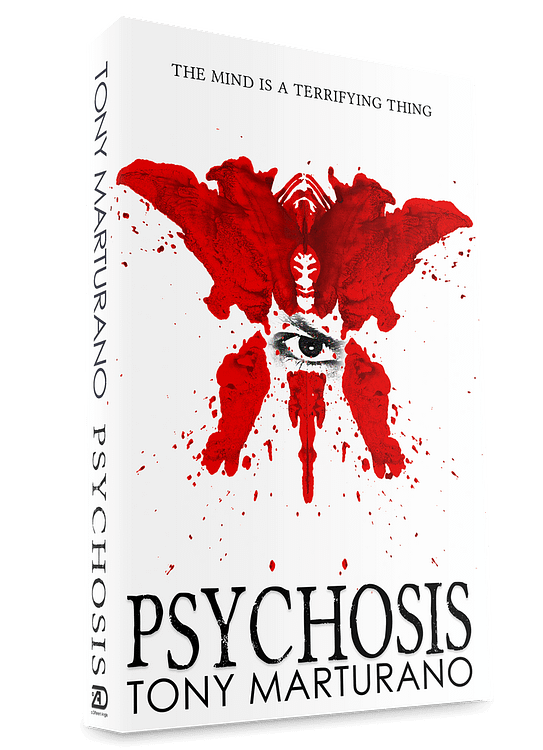 Book 1 of the Haunted Series

“Psychosis is an addictive psychological thriller. It slowly draws you in before strapping you into a straitjacket of
compulsive reading and then injecting you with a series of jaw-dropping twists right up to its breath-holding finale.” – Reader’s Group

“My name is Marco and I am flawed. I know that. And I was fine with it until it cost me my family. Now, I’ll do anything to get them back – even see a therapist. Which is a joke, because I am a therapist. At least I was before I was fired.

Now, with nowhere else to go, I’ve had to move out of the city and into the house I inherited, here, in the idyllic fishing village of Porthcove, but only for as long as it takes to sell it.

Because something isn’t right about this place.

You see, I need the money, so I’ve started seeing some of the locals, you know, as patients, but I tell you, there’s something really disturbing about charming neighbours sharing chilling secrets.

And it isn’t just that. It’s the other things.  Strange, inexplicable things. It started with odd smells, creepy sounds, and then the intruders… oh God, the intruders.

Now, a child has gone missing, the police are asking questions, and I’m starting to wonder if they’re right. Maybe I can’t be trusted, but you should come and see for yourself; there’s something seriously wrong with this place. It is something hideous, terrifying, and it’s been here the whole time, just waiting to devour my hope, my sanity and maybe even my life.”

THE MAKING OF PSYCHOSIS

HOME
BOOKS
NEXT IN SERIES