Posted by Tony Marturano on May 21, 2017 in Writing |One Comment 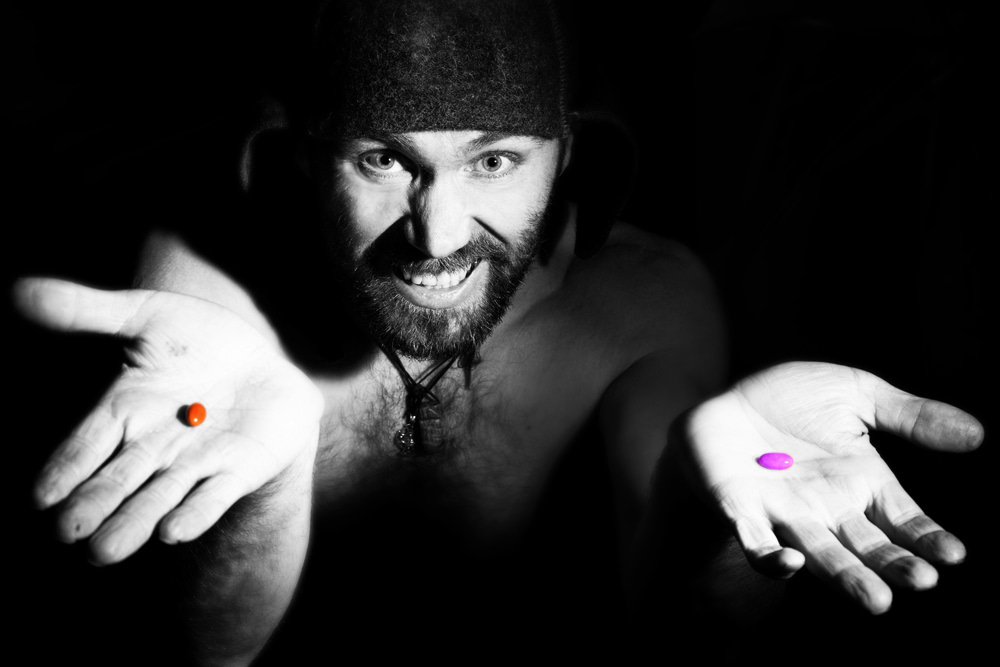 “Your partner and your child are both dangling from a cliff – you can only save one of them – who would you choose?”

Let’s assume for a second that you have a partner and that, as a result of this partnership, you have a child.  Now, let’s place both of them with white knuckled fingers clinging to the side of a cliff – You can only save one – Which will it be?

Take a second to consider that.  Then take another to consider, how would you reach your decision?

No matter who you are, if you have a brain then there’s a good chance that you’re going to be presented with a series  of decisions each and every day.  According to various sources, if you’re an adult, approximately 35,000 of them. 3,000 if you’re a child. Most of which are made consciously unconsciously – you don’t  even notice.  Then there are others, the really important ones, such as god forbid) the above conundrum, whether or not to change a job you hate  for one you love but with less pay or perhaps that particularly agonising and difficult choice of what colour socks to wear with that new little number you bought at the weekend.

Whoever you are, whatever walk of life you’re from, there’s a good chance that the past week, month, year has been packed with potentially life changing decisions.

Did you smack each and every one down like a crazy game of whack-a-mole or did  you spend days agonising while rocking yourself in a dark corner? 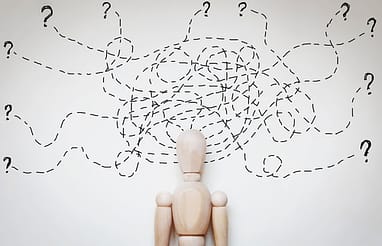 Too much info can make decision-making even more difficult.

The answer to that is most likely subject to a variety of your character traits. Are you a planner or an impulsive? A pessimist or an optimist?  Has life treated  you  harshly or have you breezed through it without a care in the world? These and other traits will define the longevity of your decision making process and how intense those birthing pains will be in the process.

I consider myself a pretty decisive person, yet ask anyone who knows me  and they’ll reliably inform you that when presented with a restaurant menu, I fall apart. Yes, you can bet your last nerve that I’ll always be the last one to make a decision. And that’s because I tend to suffer from one of the things that those in the know advise we ignore during the decision making process.

Too much information. Too much choice.

I smaller restaurant menu makes it much easier for me to make a decision, but one with too much choice will send me into a spiral of agonising deliberations. That’s because, if it were up to me, I would like to sample a bit of everything rather than a lot of one thing. Life decisions, unlike the menu, generally consist of fewer choices from which we must generally pick one.

But hold on a cotton-picking second – isn’t the rule that more information leads to better decisions? Absolutely. But there comes a point where better informed equals better confused. Especially if the data is not in any way conclusive.  That’s when a befuddled brain starts to add importance to details that are actually unimportant.

That’s because, not unlike the markets, humans hate uncertainty. It instinctively inspires danger and sets of an alarm bell of apocalyptic thoughts.  Generally, what will happen to us should we make the wrong decision. It’s a bit like having an impish negative version of you sitting on your shoulder while you’re trying to think.

Eww. I just got an image of that.

The general advice (from folks like Psychology Today) is to limit the amount of information we take in during the decision making process to key facts, generally in that same trusty list one makes when deciding on the pros and cons of a new or existing partner.  What? You don’t know about the list? You obviously haven’t read COMING UP FOR AIR.

Or you could go one step further and spreadsheet it. Some people do.  And others reading this may scoff, but there’s a lot to be said for seeing pros and cons listed in front of you in black and white.  The reason for this is because, as human beings, we’re inevitably biased. There are a variety of things, such as our historic experiences, our current frame of mind that will influence our approach to making decisions, but this is no match for the cold impartiality of columns and data.

Incidentally, I made a very important decision this week. Although I found that I didn’t need to resort to a spreadsheet to make a decision. And yes, the irony wasn’t lost on me; I’ll agonise over whether I want a healthy salad or greasy fries, but I’m able to be much more decisive when presented with other important decisions in my life.

And, when you consider that the majority of my readership is actually listeners, you’ll see just how important this decision actually is. Especially when there’s a release dead breathing down my neck like the hot breath of a hungry hound.

Psychosis – The new psychological thriller – is out June 30th.

PSYCHOSIS, my new psychological thriller about a flawed therapist who is forced to confront his own demons as well as those of his patients, is due out on June 30th.  But, I’ve always known, even before the book was finished that it would take an exceptional voice to bring the brooding, psychologically complex traits of Marco Battista – the lead character – to life.

However, when I approached the studio for narrator suggestions, they sent me the same perfectly capable, articulate and wonderfully polished voices. The only problem was, none of these matched the character.  I wasn’t searching for a polished, well-spoken voice because Marco isn’t that person. He’s a London bloke with an a quick temper and an attitude who’s not only charming, but happens to also be a pretty therapist, at least he was before he was fired!

Which meant that I needed someone, a voice that was altogether different. Someone with the ability to deliver the rough edges of a character that may have ‘have issues but is also sensitive and broken.

So, I started auditioning my own voices, sourced from multiple talent agencies and websites until I came across one man with an impressive resume as well as an arsenal of talent.  And, as soon as I heard that voice, I knew it was Marco’s.

Now, I was faced with an agonising choice. Stick to a tried and tested audiobook producer who would ensure that the PSYCHOSIS  audiobook was recorded and ready for the release date of 30th June 2017 or take a risk, pay more and become personally involved in the production process.

I bet you can’t guess which of the two I chose.

Sure you can.  If you’ve followed me for a while, you’ll know that I don’t believe that the easiest option is always the best.

Sometimes you have to take a risk. Follow your instinct.

voice over work. From corporate videos to game trailers, there isn’t much that this Kentish Lad hasn’t tackled.  He has already delivered several chapters from PSYCHOSIS – a 165,000 word novel – A new challenge even for him. And so far,  I know I’ve made the right decision.

Piling on more work onto my already busy schedule? That probably wasn’t the best decision, but it was part of the deal. Now, I’ll just have to draft in reinforcements to help me ensure that the book is recorded, edited, mastered and distributed in time for the release date of the 30th June.

Will we make it?

Sometimes in life we’re asked to make decisions based on data that advises against leaving the comfortable path of certainty in favour of a marshland of the unknown. But, it’s only through this exploration that we can realise the potential of being the best that we can be.

Oh, and by the way, if you’d like to hear snippet of Rosko at work on Psychosis, Click on the link below.

Have an easy decision-making Sunday.