WHY WE PREFER NEGATIVE HEADLINES Do you think news bulletins should contain more positive, uplifting stories instead of negative, depressing ones? Or, are they just another form of entertainment?

A colleague once told me the story of his encounter with an intimidating customer. He said that the diminutive senior executive had such a bad reputation with his subordinates that he earned himself the nickname of Napoleon.

Apparently, during visits to his London office, Napoleon would seek to intimidate my colleague by sitting in a chair opposite him and glaring while machine gunning questions with, presumably, the goal of establishing whether or not the guy was fit for the job. What Napoleon didn’t know is that, while this was happening, my colleague was telling himself: “I used to sit across from Tony, do you think I’m afraid of you?”

I couldn’t possibly imagine what he meant by that. Yes, I have exacting standards, and yes, I’m a stickler for a detail and yes I like things done just so and…

Oh okay. Maybe he has a point…. 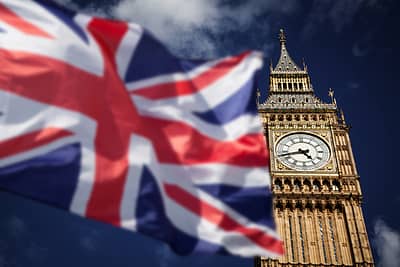 There are people out there that think they’re the worst of the worse, the scariest of the scariest, but more than often these people are merely another iteration of terror equal only to the resolve of those who would be intimidated.

As always, there’s been extensive media coverage of the Westminster tragedy. Some have gone as far as saying that it’s been excessive (whatever that means). Others have complained that the perpetrator received way too much airtime.  Whatever your thoughts, there’s a good chance that, like me, at least when the news first broke, you were unable to tear your eyes away from every bulletin, every article in order to establish exactly what had happened.  Yet, like me, I bet  that at no stage did you pause to ask yourself why. Why do we find this kind of news compelling?

I mean, it’s obvious why those unfortunate enough to be affected by these events would understandably be interested in related news, but why would the rest of us?

This is particularly the case  with ‘general’ news bulletins with some going as far as describing these as headline news with empty calories  and no actual sustenance for the mind.

For example, you may have watched endless news segments about Syria and refugees, but how much of it has really affected your everyday life? Take a second to think about it. Chances are, you are part of the majority of people whose life was/is in no way affected by these events. As a consequence, and as hideous as this may be to consider, to you, the majority of news stories that you did choose to watch were merely another form of entertainment.

Now, hold on. Don’t chew on your device just yet. There’s a good chance that you may have objected to my use of the word ‘entertainment’ – since it implies that you are happy to be entertained by real life tragedies of others – let me reword that for you, to ‘distraction’ instead.

A distraction that will last as long as the news segment/s and or your exposure to them and maybe, subject to severity and the impact on your everyday life, may linger in your consciousness for some time later.

However, the sad reality is, that once it’s out of your sight, it’s generally going to be out of your mind if it doesn’t affect you. Further, you may actively choose to avoid viewing news that will elicit a negative emotional reaction in you. Be that ‘anger’, ‘sadness’, ‘fear’, or one of the many emotional triggers that make you feel bad.

What does that say about you?

If I were to ask you the following question. What would be your answer?  Do you think news bulletins should contain more ‘positive’ ‘uplifting’ news stories instead of ‘negative’,  depressing news? Take a few seconds to consider your answer before you read on.

You won’t be surprised to read that there have been many studies conducted about how we react to the news. Some in a wishy-washy kind of “let us know what you looked at” kind of way and others in more controlled environments.

One such study was conducted by Trussler and Soroka. They invited study participants to a lab where their news selection data was not collated by a general questionnaire, but by high-tech eye-tracking technology.  The results were interesting as they were depressing.

Firstly, and this is the interesting part, the majority of participants said yes to the above question; they would prefer to see more positive news headline news stories. Yet, the majority also went on to select stories with a negative tone, such as ‘corruption’, ‘setbacks’ and ‘hypocrisy’.

Don’t be. Generally, negative news headlines outnumber positive news on an average of 17 to 1. It’s what some refer to as negative bias. But is it? According to multiple previously published articles from the likes of the BBC News and Psychology Today,  this negative headlines is a response to our collective hunger to view and remember bad news. It’s believed that this is part of our evolutionary fight or flight survival instinct; bad news may well contain the vital information we need in order to take appropriate action to protect ourselves, our loved ones and thus secure our own survival. And while we may not have to wrestle sabertooths anymore, our brains have evolved to be on guard nonetheless. It’s believed that this is one of the reasons why, when scanning headlines, our eyes react to and recognise negative words, like “collapse, ” “terror”, “injured”, “fraud,” “investigated”,”split” versus “sunny”, “baby” or “happy”.

While some will actively seek out positive news in order to avoid feelings associated with negative news, we’d soon tire of whole news bulletins and articles bursting with serenity and happiness. Primarily because we wouldn’t trust it. This also explains why our study participants said that they preferred more positive news, because they liked the concept of it, but then went on to prioritise negative headlines instead.

And that’s not all.

The same study goes on to report that we pay attention to bad news because our general belief is that the world, as a whole, isn’t that bad. That our existence on this earth, while perhaps imperfect, is relatively safe. And it’s this view that makes bad news even more sensational and compelling.  These are the so called “dark spots on a light background.”

Whatever your belief. Whatever the theory. Like it or not, with the advent of mobile devices, we are all reporters now. Innocently or not, our inclination is to document everyday events that affect us, good, bad, tragic of perverse, and to share these to social media to be viewed, enjoyed or condemned by a faceless universal audience.

While it used to be a case of going home and telling our social circle about our experience, now  we simply snap a picture, record video and share it.

I experienced this very thing the other day. Just a week before the tragedy at Westminster, my best friend was involved in a terror alert near London Bridge. He was working out of an office near there. One afternoon, he sent me a message, telling me that the police had visited his and other offices and advised occupants to stay away from the windows while they investigated a possible terror alert. Of course, he did the precise opposite because his message included a picture of a clump of police cars on the deserted street below.  When I Googled more information on the incident (as you do), social media sites returned a flurry of almost identical images, but from different angles. Luckily, it turns out that the abandoned SUV that was being investigated was actually a false alarm.

We’re all societal voyeurs.  Always have been.  History tells us this.

History also tells us that in the face of some of the worst calamities, humans have

The original KEEP CALM poster. Hijacked for many a slogan today, but was designed by the MOD for use in case of German occupation of Britain.

endured. Most nations have and continue to experience their share of natural and unnatural disasters. Not least us Brits, who have endured some of the worst atrocities. From ancient marauders and bomb dropping dictators to terror inflicting Republicans and tube bombers. We’ve been outnumbered and broadsided, but never cowered. Most of us Brits may not wear our hearts on sleeves, but you bloody well bet that it beats strong in our chest.

So, terrorists wage your war, terrorise the innocent, propagandise as much as you like, but we’ve dealt with the likes of you and survived to tell the tale. We weren’t and aren’t afraid of you. We’ll just dust ourselves off, band together, keep calm and jolly well carry on as we always have and always will.

Today, this carry on poster has been hijacked by a plethora of ridiculous slogans. It was originally conceived by the British Ministry of Defence in case of German occupation.

They were never used and were eventually returned for recycling.

Have a safe and jolly good Sunday.