Posted by Tony Marturano on December 31, 2013 in Writing

It’s top of the posts time and it’s all very exciting because this year we have a new number one read! WordPress has just published the annual dossier on a  Different Angle’s (or the Sundayblog.co.uk) performance,  those articles that you readers  have found most interesting in 2013. 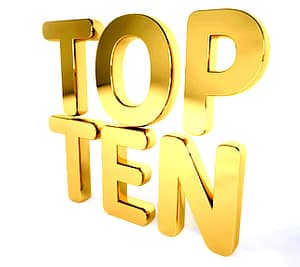 As always, visitors to a Different Angle don’t just come from subscribers, Facebook or any other social media connection but they are also forwarded from my website and, most importantly, Google and other search engines. So each time somebody searches with particular keywords that match one of the posts on a Different Angle they are then referred to the page as one of the ‘most active’ and ‘most relevant’ articles.

This year we also see a change to the usual statistics in response to the change in publishing schedule.  In the summer of 2013,  because  of other writing commitments, I reduced new article publications from one every Sunday to one on  the last Sunday of each month.

In 2013 visitors from 149 countries visited the a Different Angle blog (that’s up 8 countries on last year) with the main visitor count coming from UNITED KINGDOM, UNITED STATES and CANADA.

Out of the 132,000 views,  less than 20 readers have engaged with articles either by liking or commenting on them!   (where are you all?)

The busiest day of the year was 28th January.  And this year we have a NEW NUMBER ONE! Hooray!  This chart has been consistently dominated by one article but, in 2013, the most popular article was THE THINGS WE HIDE!  another hard hitting subject about how, no matter how much it hurts, the truth is truth. Simply not speaking something does not make it any less real. It seems that many of you engaged with this subject and, perhaps, the ‘real’ image of the overweight sex goddess in her kitten heels who stars in the feature picture.   This controversial story clearly connected with you as it not only sparked the busiest day but it also showed remarkable ‘staying power’ as it went on to become the most read article of 2013!  Knocking the king of articles of its top post; LIVING WITH THE DEVIL Of course, this may well be due to the fact that, a few months ago, this article became a pay-to-read with thousands of you hungry to find out more about narcissism. In fact,  “narcissistic personality disorder” is one of the highest keyword searches of 2013 for this blog. 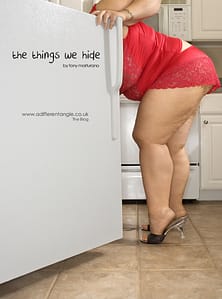 1 THE THINGS WE HIDE is the most read article of 2013.  The byline states “If you’re able to see your ‘forbidden land’ without having to lean forward or heave that blubber curtain to one side then you’re safe; you’re not a BIG FAT pig…People fear the truth because it’s more than often perceived as cruel or unkind”  As humans, we hide the truth for many reasons and then go on to explain hiding said truths for a myriad of other reasons. However, the reality is what it is, simply not speaking it doesn’t make it any less real. Many of you connected with this reality in 2013.

2. LIVING WITH THE DEVIL; A TRUE STORY OF NARCISSISM – This year, the story that features in my manuscript, COMING UP FOR AIR, has received the second most views. This could well be something to do with the fact that, given its unusually high and popular subject matter, the article was transformed into a pay-to-read featuring an exclusive extract from my manuscript COMING UP FOR AIR. There are clearly a lot of people out there who believe they are or are living with a narcissist. Interestingly, studies show that modern society is increasingly becoming ‘self absorbed’, it’s believed this is a syndrome of the recession where many are starting to truly believe in the saying that ‘charity starts at home’. Taking care of yourself and your family far outweighs altruistic practices.  If you’d like to read the story and get the exclusive extract, click here.

3. THE CANVAS OF LIFE – I’m delighted to see this article at number 3.  The Canvas of Life talks about, despite the highs and lows, life is one big white canvas upon which we paint our own colours. A metaphor for how our approach to events in our lives makes the overall difference to our quality of life. The byline reads,“The Canvas of Life is as dull or as colourful as your paint it…Your job may not be the best in the world but stop for a second to consider, what does it do for you? Could it finance a trip to Auschwitz?”

4. SPILLING THE BEANS ON POPULAR SAYINGS – It’s a fact finding article at number 4 with this post about popular sayings and where they came from.

5. HOW TOXIC ARE YOUR FRIENDS? The friendships factor comes under scrutiny at number 5 with another hard hitting article about harmful side effects of toxic friendships and why, no matter how many years you may have between you, some friends simply are not good for your health.  “So, are you a ‘naysayer’, no? How about a ‘sob sister? Maybe a radiator? Or are you a drain?”

6. THE THINGS WE LOSE IN THE FIRE  The things we lose in the fire of life burns in at number 6 with an everyday truth about how, in life, many of us believe others may be leading a more fulfilled and exciting existence. “Every one of us, at some stage  in our lives, has imagined, rightly or wrongly, that everybody else is having much more fun.  The reality is more than often the opposite.”

7. PSYCHO – This one word title has held many of you in suspense at number 7. The post tells the story about how many of us harbour a psychopath inside and how this character element is crucial to our success.  “Each and every one of us has, at some time in our life, wished harm on somebody else yet the majority of us have inbuilt social inhibitors that block  us from acting on that impulse. The psychopath has no such restriction.”

8. THE INTRUDERS break in at number 8.  Intruders is a chilling story about home invasion and how far the law will allow us to go before self defence becomes and criminal offence. “We live in a desperate world…There’s no room for our ambivalence when crimes against others are committed as a form of recreation savoured by some with seeming impunity.”

9. WHO DO YOU THINK YOU ARE? –  Sneaks in at number 9  with many of you intrigued by the article that talks about the inevitable reality of first impressions whilst looking at the techniques behind the practice of  ‘profiling’  “If somebody met you for the first time, what kind of impression do you think you’d make? Don’t fall off your chair but there’s a distinct possibility that whatever you’re projecting, real or unreal, good or bad, may not necessarily reconcile with how you are perceived by others.”

10. UNFAITHFUL  – An elicit  entry into the top ten by another controversial article about monogamy, loyalty, trust  and possessiveness in relationships.  “We place (or feel) trust in another person when we believe that they have our best interest at heart… but what happens when that trust is broken?”

So did your favourite make the top 10?

Fear not, other articles that nearly made but missed out (in some cases just by less than a few hundred reads) are featured below but in no particular order. Some popular reads in 2013 were posts with staying power published in previous years. .

All of the most recent posts can be viewed in order of publication on the a Different Angle homepage. If  you’re looking for a specific post then use the search button above (or Google, appending with a different angle).

If  you like to get to the most recent or browse historic posts through Facebook, you can do so from the a Different Angle Facebook page. Simply like the page and click on the NEWS tab.  And if you’re not already a fan, LIKE  now by using the link to the right. Don’t forget, if you like to receive posts from the a Different Angle page in your stream, it’s very important that you LIKE and or COMMENT on the posts to ensure that Facebook continue to deliver these to your stream. If you haven’t read about how Facebook are increasing revenue by charging page administrators to actually show  posts to their own fans, you can do so by clicking here.

Thank you so much for reading a Different Angle throughout 2013.

If you have any favourite topics I haven’t written about and you believe I should then feel free to send me an email via my website http://www.tonymarturano.com or leave a comment below.