THE BEST OF FRIENDS

Posted by Tony Marturano on May 5, 2013 in writing 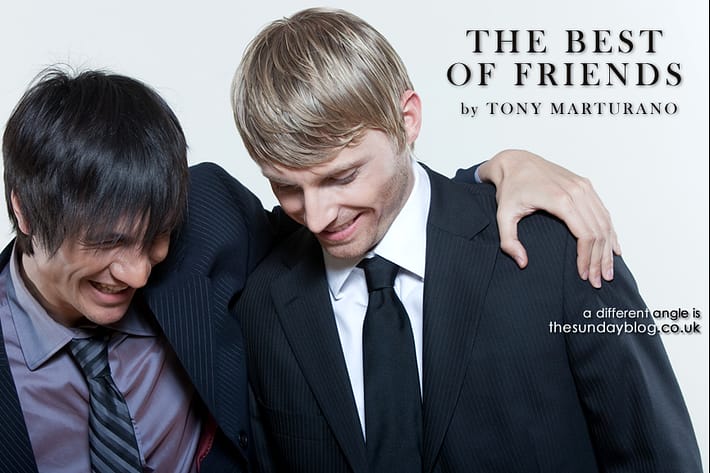 “The idea for the ludicrous suggestion that children should be discouraged from forming best friendships can only have been spawned from the same dimwits who called for the banning of a red pen in the classroom.”

Okay, so this week a head teacher (yes I said head teach, as in a person who is supposed to lead and inspire others) of a well-known private school is calling for the abolishment of the term (and I would assume) practice of ‘best’ friendships.

The worse thing about the words of this misguided fool is the fact that she is not alone in calling for the eradication of the word ‘best’ in front of the other word ‘friend’.  I discovered, much to my astonishment, that this argument has been raging around the world (or certainly on both sides of the pond) for quite some time now.

The idea for the ludicrous suggestion that children should be discouraged from forming best friendships can only have been spawned from the same dimwits who called for the banning of a red pen in the classroom as it was deemed as too ‘negative’ for poor little students who I’m sure would feel much happier being told that their coursework was rubbish in green pen instead.

Apparently, the reason for such an Orwellian suggestion is because Miss Head Teacher, and the cronies who agree with her, believe that children should not be encouraged to ‘pair up’ but to bond with groups of people rather than making any one person the ‘best’. Furthermore, they’ve found that the very word ‘best’ is very ‘negative’ as it implies that any one person is ‘better’ than others and thus this could potentially ostracise some and leave them feeling, well, substandard.

Are these people for real? This is right up there with mothers being told NOT to cheer for their children on sports day and during other competitive events for fear that the ‘losers’ (yes, I’m very sorry for that but there’s no other term for a person who competed in a challenge and, well, lost) would get upset and this in turn would damage their self-esteem.

But, wait a minute, isn’t this the opposite to what any good child rearing manual in the world would tell you; praise your toddler’s achievements when you’re teaching them something? Isn’t this the very reason why we adopt that baby googoo gaga overenthusiastic tone every time we talk down to a little human?

Sorry, I’m mistaken. We should use that voice with our infants just not when other infants are around because that may well damage their self-esteem.  Is this really the kind of mamby pamby world we’ve nurtured for ourselves? The kind of world where everybody is walking on egg shells because everybody else is so hyper sensitive that the mere suggestion of failure is enough to send us spiralling into a pit of abject depression? I guess this does go some way to explaining the androgynous generation of metrosexual men who spend more time agonising over whether or not to keep or shave the hair on the chest that, in most cases, is the only thing left of their masculinity. See THE DEATH OF MARRIAGE.

Don’t get me wrong.  I doubt there are many people out there who enjoy disappointment. I certainly don’t. I’m such a control freak that I want (or need) everything to go my way, yet not everything does. That’s because, despite what the do gooders may try to propagandise, I don’t live in a utopian world nor do I believe we’ll be able to manufacture one any time soon, at least not without lobotomising the whole of mankind.

Very few of us are able to proclaim a ‘perfect’ (whatever that is) existence. Life isn’t like that. It’s full of good, bad and damn right ugly. The secret to being able to cope with the last two is to have the real world foresight and experience to tackle life in all of its colour because we’re not always going to have a couple of misguided idiots there to shield us from the things that hurt, this is precisely why it’s important to have a support structure made up of loyal family members and friends.

When I first started writing, I remember having a conversation with one of my friends who was rightly fed up because she was unable to find a job. She had applied to several places, had been rejected from a few of them, and was having a hard time dealing with that rejection. I asked her exactly how many rejections she’d received, she told me it “about three or four”.

I left the room and returned seconds later carrying what felt like a ream of paper but was really a collection of letters from publishers, I handed the pile to her and said, “That’s rejection!”

Life can be tough. For some more than others and it’s at times like these when you do need a best friend, somebody with whom you have an affinity, a kindred spirit who truly knows and understands you,  sometimes more than you know and understand yourself.  That special someone who says “tell me what’s troubling you” even after you’ve said “everything’s fine.”  These rare and precious human connections are forged over time via shared experiences and not in a school ground collective.

How many people do you know have been in crowd and still felt lonely? 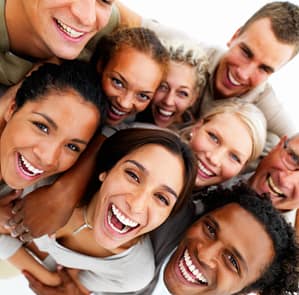 Who do you choose to spend your time with?

I should state at this stage that throughout  my writing I consistently talk about how unhealthy I believe it is to focus all of your energy on any one person; my lover, my friend, my everything. I believe that’s it’s impossible to get the perspective you need from any one person and that it takes multiple people to form a healthy support structure, and that consists of family members, lovers (normally one, at least at the same time) and a group of friends. It’s from this group that we naturally form a closer connection with one or two ‘specials’. These become our best friends; those in whom we confide the most, the subject matter may well be topic specific but we instinctively know what kind of thing to discuss with whom and it isn’t always in a collective, that’s because we don’t always feel comfortable or simply are not ready to share what’s happening to us with the general circle. It’s nothing personal but more about survival; it takes a certain level of energy to cope with something that’s troubling us, it takes even more to field thought provoking questions from multiple parties when we’re busy processing the ones already in our head.

Actively seeking a variety of friends is very good because each person brings something different to our lives. Actively seeking to discourage ‘best’ friendship is lunacy because it’s what we’re programmed to do as a species; it’s the first step to understanding relationships and experiencing the joy, disappointment and pain of loving another human being but, most importantly, of understanding what it’s like to make a meaningful connection with another person as opposed to stumbling through a series of meaningless encounters.

Then again, maybe I’m being harsh, maybe we should scrap the term ‘best’ friend and replace it with something more suitable, say ‘super’ friend. Because, in my opinion, that’s more indicative of who these people really are. They’re the ones who don’t need a diary to know if they have time for us, the architects that build our self-esteem by supporting our dreams, and they never undermine us, they are the therapists who listen yet never judge, the police officers of our conscience, the loyal musketeers, the gardeners of our happiness, the shoulder of our sorrow, and the clowns to life’s circus.

Have a smile packed Sunday. 🙂

“A good friendship is like standing in wet cement; the longer you stay, the harder it is to leave, and you can never go without leaving footprints.”