BEING BRITISH; inspiring or are we all just a bunch of ‘whinging poms’?

Posted by Tony Marturano on August 5, 2012 in writing

Apparently, we’re a nation of moaners, curtain twitchers and amateur meteorologists. Which one are you?  Do you recognise any of these traits in you?  No? Sure you do.   How about ‘great at queuing’, ‘loves getting drunk’ and ‘DIY on a Bank holiday’?

The Australians have dubbed us “whinging poms”; I’m assuming there was motive behind that, that the folk down under have experienced a few scenarios (or maybe just one holiday) in which they were subjected to a typically British parade of laments.

There’s no doubt that we’ve managed to make quite a name for ourselves as bunch of boring, moaning, complainers. What? Did I just say complainer? But how can that be, don’t we also have a reputation for constantly saying “mustn’t grumble”?

So, which one is it; a nation of moaners or “mustn’t grumblers”? 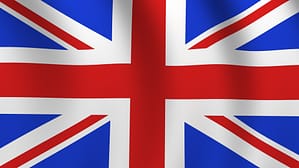 I’d have to opt for the moaners, given that our Australian cousins have seen feet to dub us with such a charming nick name. You know what they say about there being no smoke without fire.  The reality is, we have become (or have been) a bunch of complainers.  A good example, and yes, I’m afraid I’m going to have to use that old back up topic as an example, you know, the one we all use when we find ourselves slightly out of our comfort zone, maybe at the super market checkout or doctor’s waiting room; the weather.  Now, come on, confess, you know you’ve used this reliable little subject more than a few times during those awkward moments. So what’s wrong with that? Nothing really other than it’s one of those subjects that exposes us as a bunch of moaning ‘poms’ the most.

Well, if it rains too much, we moan about it raining, if it’s cold then we moan about it being cold and curse the clouds because we want the sun but then, if the sun has the audacity to shine brightly for a few too many days, we then complain that it’s way too hot and we don’t like that either! So, what’s it to be?   Well, a happy medium would be nice. But is that getting onto the whole subject of appreciating what we actually have rather than hankering after something we don’t? For example, I can think of a few countries that regularly conduct rituals of prayer in the hope to have just a fraction of the rain we have in this country.

That said, there’s no doubt that we are a bunch of moany old gits! And there’s also no doubt that things get worse as we get older and as our tolerance levels fade. All of this is compounded further by the advent of social media. Yep, complaining has never been easier.  A few years ago, if we wanted to get something off our chest and lodge a ‘moan’ with a company about their product, we’d either need to pick up the phone and run the gauntlet of press 1s and press 2s whilst listening to Green sleeves muzak or opt for the slightly more laborious, a tad anonymous yet immensely satisfying practice of picking up and pen and putting it to paper.  Now, we don’t have to do either, we simply need to visit the Facebook or Twitter page of the company in question and moan away.  Instant gratification has never felt so good, especially when we’re greeted with a plethora of platitudes from the specially trained customer care agents who make it their job to make us think that the world truly does revolve around us. The reality is; it doesn’t. We were preceded and will be succeeded by a whole armada of moaners on the hunt for compensation, a freebie or just as eager to get that gripe off their chest.

Although, just this week, we’ve discovered how dangerous it can be to share exactly what you’re thinking with everybody (note to self), yes, I’m talking about the twit who used Twitter as a podium to bad mouth Tom Daley (he’s an athlete for those who aren’t interested).  Our twit decided to say some rather nasty things about Mr Daley’s late father, more specifically; how his dead father would be very disappointed in the athlete’s performance at the Olympics.  Cue a police battalion that swooped into the hostel (from which our twit was, well, twitting) and arrested him on suspicion of ‘malicious communication’ (I didn’t even know such an offence existed).

The moral of that story is that it doesn’t pay to get everything off your chest all the time. But then again if you “don’t ask, you don’t get”.   And this brings us right back to how we’ve evolved over the years. We used to be able to crow about the fact that it was only the Americans who needed to avail themselves of as shrink on a regular basis and the fact that a nation that flies its flag on the winds of ‘freedom’ is one of the most litigious societies in the world. Yes, you know what I’m talking about, ‘the woman who sued that fast food outlet because she burned herself after buying hot (clue in the word) coffee’ as well as the others who sued yet another (or was it the same) fast food outlet alleging that it was responsible for making him/her fat’. I could go on here and maybe even use different types of organisations but you get my point which is that it isn’t just the Americans who ‘demand’ good customer care and or enjoy a good court case, many countries, and especially ours are adopting the same philosophy.  More so in the current financial climate; if you can complain and get something for free or sue and get a shed load of cash then why not, everybody else (whoever they may be) is?   It’s right up there with ‘everybody else is claiming benefits so why shouldn’t I?’ Again, that’s another post.

Society is definitely changing; evolution didn’t just happen a few billion years ago, it’s happening here and now, with each minute, hour, year that goes by, we’re changing but is it for the best? That said, I don’t think for a second that us Brits have evolved to become the nation of whiners that we are today, I think that’s most likely have been ingrained in us for generations. It’s most likely our way of coping. E.g. they say a problem shared is a problem halved. Well, maybe us Brits rather than seeking a therapist to justify our behaviour, we just have a good moan and then enables us to cope with the weather, with work, generally with the challenges that life throws at us.

One thing is for sure; us Brits aren’t known for wearing our hearts on our sleeves or our pride for that matter (yes, I wrote about this very subject a few weeks ago).  I talked about how, even now, that we have the honour (many see it as a curse) of hosting the Olympics, what was our initial reaction? Well, I can tell you, for many, it wasn’t pride, it was, guess what, moaning about the disruption it was going to cause to everyday life. (See my post on pride).  But I don’t think these people stopped to consider that hosting the Olympics is not an everyday occurrence, it’s an event that takes place every four years and an ‘honour’ bestowed on a country much more infrequently.

There’s something about British culture that reminds me very of a family.  Most families don’t spend each day showering each other with sycophantic platitudes and praise, in fact, some spend much of their time sniping at each other but check out their reaction if you have the audacity to wrong one of them, check out what there reaction is then. It’s often the case that families may ‘moan’ about each other every now and then but that’s their prerogative, you’ll seldom be permitted to assume such intimacy without getting yourself a black eye.

I see Britain in pretty much the same way, we may moan, bleat, complain and even put each other down but when the going gets tough then the Brits get going.

This was evidenced the best during the February snows of 2009. Do you remember those?  The news was awash with heart-warming stories of bravery and kindness; strangers took in blizzard stricken strangers into their homes and gave them food and shelter for the night, others threw themselves into icy rivers to save others whilst farmers risked life and tractors whilst attempting to pull cars out of ditches. These people were British. And let’s not forget WWII and The Blitz. Never before has a nation been so resolute in its will to endure and overcome, all with typically British humour and unique comradeship. Yes, make no mistake; our British history is littered with such public displays of mutual affection.

For me, these are just some of the things that put the Great in Great Britain.

We may spend much of our time whining about things, be that publicly, under our breaths and sometimes even behind each other’s backs but when it’s needed the most, we’re there, supporting our fellow countryman the best way we can, whether that be words of support, a good ole’ cuppa and yes, sometimes, even when we need a place to stay.

You may not have noticed it, perhaps you were busy ‘whinging’ but  in 2012, with the eyes of the world upon us, we’re once again projecting what it means to be a Brit,  we may have been a bit slow at getting started but thousands of us have rediscovered our sense of patriotism and aren’t afraid to show it by spending hundreds of pounds in tickets just for the opportunity to cheer Team GB at our own Olympics and, in true historic fashion, it’s doing the trick with athletes overwhelmed with the roar of support from the British crowd. Some have even ventured out on the ethereal ledge, claiming to have felt a collective spiritual strength from the crowd.

Whatever you believe, the results are all that matter.

So, yes, maybe us Brits can be a bit cynical and perhaps even a bit aloof but, we might indulge idle banter occasionally, enjoy a good nose, a bit of gossip, and maybe even a spot of curtain twitching but when push comes to shove, when it matters the most, we roll up our sleeves and do what needs to be done. And that’s fine by me.

Pride; a feeling of honour and respect… are you feeling it?