It’s just 5 days to the opening ceremony of the Olympics games, are you excited?

If you’re not, then you are not in a minority, apparently. Last week, I wrote about the cynical traits of us Brits in my post about pride.   This week, the Culture Secretary, Jeremy Hunt, said “As we count down and the weather looks up, it’s time for everyone to put aside the usual British cynicism and start getting behind the Games.”

Indeed, many have already lodged complaints about the upheaval that the games will inevitably bring, with  the added congestion of thousands of visitors and 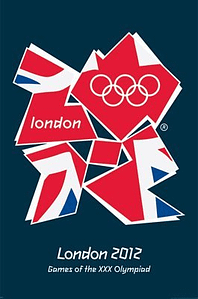 the additional restriction placed on motorists in the capital with the installation of the ORN (Olympic Route). ORN can only be used by athletes, visiting dignitaries and the world’s press.  Any London mignon found using the route illegally can expect a fine of £130 and may even get their vehicle towed.

Yep, to say that some are dreading the Olympics would be an understatement. I may be one of them as I’m thinking of commuting through London next Friday (opening ceremony) by train.  And it was only last week (again in London) where I witnessed no less than 3 people complaining about the Olympics, stating that they were ‘dreading’ the event and the chaos it was going to cause and if they could they would emigrate for the duration.

Meanwhile, others are sick of the barrage of ‘official’ Olympic products, from the ‘official’ washing powder brand (does this mean that only it is ‘officially’ capable of washing the athlete’s smalls?) to the barrage of merchandising and marketing. Indeed it appears that any product that stands still long enough will have the ‘official’ and non –official Olympic logo stuck to it.  Yes, the typically British glumness has definitely started with an ‘official’ (there’s that word again) COMRES poll stating that a third of people are ‘dreading’ the event with only 4 in 10  looking forward to it.

Wow, come on people, where’s your sense of patriotic pride?

OK. Well, how about this… whilst nobody can be precise about what the anticipated revenue would be from hosting the ‘greatest show on earth’ estimates are putting it at £16bn, which, if true, would be quite a tidy profit on the £9.3bn it has cost to stage it. It’s further believed that these types of numbers could also have a bearing on lifting UK PLC out of the double dip recession.  London can also see a potential increase in job, estimated to be around 18,000.  Now, surely that is something worth cheering about, isn’t it?

Not for some. The Anti capitalists are  ‘concerned’ that all the marketing, the job creation, the business deals that are going to be struck, the deals that have already been struck, just in building the Olympic City, are eroding the true value and sporting meaning of the games.

It’s been 64 years since we last hosted the Olympic Games, chances are it’ll probably be another 60 before we do again, whether or not we embrace this momentous event with patriotism and pride or abject apathy and resentment is entirely up to you.