Are you a life settler? 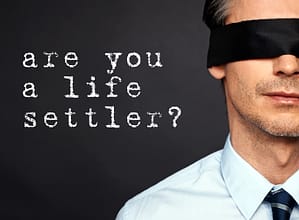 For those who may not be ‘in the know’, in his day, Alistair Campbell had a reputation for being a bit of a Rottweiler. Indeed, there wasn’t much that ex PM, Tony Blair, couldn’t ‘spin’ his way out of thanks to Alistair Campbell; a confident , resilient and somewhat ferocious Press Secretary, yet here I am, many years after his stint at number 10 reading about his breakdowns and his recurring bouts of ‘self-doubt’.

The interesting thing about the article is Alistair’s belief that ‘self-doubt’ is not in any way a negative thing but, quite conversely, can be a very good source of strength and creativity.

Well, I would have to agree with him. Many people who know me (especially present and previous work colleagues) have described me as somewhat of a mauler, and no I’m not talking about leg of turkey but more of people.  Yes, not unlike Mr Campbell, I don’t suffer fools very easily and likewise can exude confidence and decisiveness in most of my endeavours, all excluding eating out of course, where I also have a reputation for lengthy procrastination, much to the irritation my ravenous fellow diners who, ironically, also know better than to ‘tell me’ what I should eat. (What can I say, I’m complicated).

I’ve also spent many years working as a senior executive yet it’s only now, as head of a major software company, that my own self-doubts have surfaced. Not that I believe myself incapable of performing my duties effectively but that someday I might just drop the ball, and the very set of skills that have enabled me to assume the burden of steering the company to onward prosperity, safeguarding its impeccable reputation and securing the jobs of my staff, might fail me and that I might in some way be unveiled as some kind of hack, the wizard behind the curtain.

Every day I question what I do, every day I set myself new challenges and every day I wonder if any of it is worthy.  Be that running a company, planning a party, writing a book  or photographing something, the quest to outdo myself  each time I embark on a new challenge is relentless, it’s exhausting and it’s emotionally draining sometimes downright corrosive, but  I wouldn’t have it any other way. The fact that nothing is simple, by my own standards, makes it so much more enjoyable in the long run. 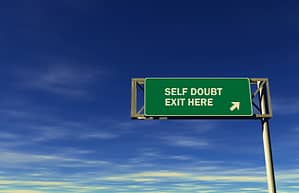 My good friend used to always remind me, “Tony, writers write”. This is in response to my writing anguish, be it a play or my first book.  Nothing ever seemed good enough. I was often seemingly incapable of progressing with a storyline for fear that it would never be good enough.  It was important to me to be original, to be ‘the one’ that made a difference to my readers.  That was 2 decades ago nearly and yet those words remain with me today. Right along with “if you can’t stand the heat get out of the kitchen”.  For me, if you can’t stand the heat, don’t even bother venturing anywhere near the kitchen, in fact, if you can’t stand to stretch  in any way, venture nowhere out of your comfort zone and press on those boundaries then why even bother being alive? Because life’s for living, right? Forging memories and looking back in the final analysis and saying, “I did that,” right?

What are YOU all about? Do you even know?  Have a think. What’s your life all about? Are you content with your routine? Are you content with your everyday challenges? Do you seek more or are you a life ‘settler’?  In my manuscript, COMING UP FOR AIR, I write about ‘settling’ in a relationship and how damaging this can be but ‘settling’ in life has got to be far worse.  Waking up and just plodding along from one week to the next and what for? What’s at the end of next week, next month? What’s waiting for you, for me several years down the line?  Where is this journey of life leading us and what’s waiting for us when we get there? There’s an obvious answer to that of course. So is that it, darkness?  If the destination is ultimately darkness then surely we should all be making the most of the journey, right? And yes, I know there’s actually a proverb about that. Something like, “life is not about the destination but it’s about the journey”.  Never a truer word spoken.

Last week my best friend told me that he’d booked tickets to Thailand. Fair enough. But then he added he wanted to go back packing from island to island (on his own) and that he eventually wanted to attend a diving school whilst there and swim apparatus-free in the ocean. What do you think my immediate reaction to that was?  And the answer’s no, not even with me clinging to his leg as he tried to make his way to the door, did he agree to cancel his tickets. Okay, so maybe I didn’t throw myself at his feet but I certainly wasn’t excited by the prospect, given the healthy dose of Aircrash Investigation and the diet of horror movies I’ve watched about backpackers abroad who just disappear never to be found again, not to mention the National Geographic documentaries about man eating sharks in various parts of the world.

But the reality is, it was only last year that I was urging him not to grow old too soon and to enjoy life. Back then, I thought I believed it but maybe

it was because I knew it was unlikely that he’d opt for anything adventurous as he was in a steady relationship, well ‘under the thumb’ and knocking on the altar of marriage. Now he’s a successful, single (and popular with the girls) executive at a major software house. He works hard, gets paid well and this is the perfect adventure for him.  And there’s no doubt in my mind that he’s a bit frightened about embarking on this two week adventure but at the same time he’s really excited (or psyched) about it, and I, of all people, should understand that.   Well, I do but it doesn’t mean I have to like it!

It is indeed about the journey and not the destination. It isn’t about waiting to get old; it’s about squeezing all we can out of that zest for life, living it ‘to the max’. And no, that doesn’t necessarily mean throwing yourself down a cliff face or out of an aeroplane but it means ‘reaching’, ‘stretching’ beyond what’s comfortable, what’s ‘safe’, and embracing life’s everyday challenges and being grateful for them because it’s those momentary ‘flutters’ of near misses, the adrenaline that starts pumping just before that presentation, the anguish just before publishing that article and the terror  before making that commitment that reminds us of our existence on this earth, that we’re progressing with our lives, doing something that isn’t necessarily comfortable but potentially road changing, deviating us from that long and straight road to one that’s windy and maybe even a bit treacherous  but at least we’ll know that when we finally reach our destination, whatever that may be,  that  we made the most of it, we achieved, and in the final analysis that’s sure what we all strive for, isn’t it?

Like prostitution, self-doubt may be of ill repute but the former is one of the oldest and most successful professions in history. What does that tell you?  Everything I turn my attention to, no matter the size of the audience or the people involved, has to motivate me (challenge me) in some way and has to pass the scrutiny of my worse critic; me.  Don’t get me wrong, I, like many, thrive on feedback (especially if it’s positive) but I’d be a fake if everything I did was for the benefit of others. It all must start with me. If I want to lose a few pounds, it’s got to be because I want to get back into my jeans and not because of what others might think to my paunch, if I want to dress with a certain flair, it probably because I’m feeling a bit ostentatious and if I want to go backpacking, well it has to be because I hunger for the adventure.  The subsequent Facebook ‘likes’ are merely affirmation of what I already knew; I’ve decided to make the most of my life and have, what about you?