Rip off photographers beware! A Different Angle Photography is here.

Posted by Tony Marturano on August 7, 2011 in Photography |One Comment

So it’s happened.  I’ve finally given in.  Just when I started to delude myself that I knew it all, my best friend and my loving sister had to prove otherwise.

Regular readers of this blog will know that I’ve recently picked up my camera again after a few years (OK many years) of dedicating my free time to writing (and Casa Bella dinner parties).

Indeed, recent photo shoots  that actually took place in Casa Bella’s own studio have proved a success. (read about one of them here)  and I’ve also been discussing a calendar and even some weddings!   Yes, little old me who, at one time, wouldn’t even consider photographing such events beyond family and close friends due to the importance and the somewhat formulaic formality of  them. 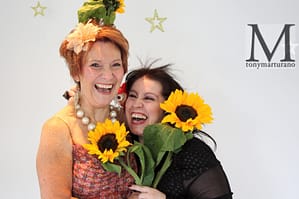 I guess my mind was changed for me the other day when an acquaintance showed me the cheapest price she’d been quoted  by a photographer to cover her daughter’s wedding, I nearly fell off my chair! How on earth do  these people get away with  such extortionate prices?  Anyway,  I’ve decided to take on the advice of my best friend and my sister and get in on the act… I mean, stand up for the rights of everyday folk! 😉

Jokes aside, I know that  photographers invest in their craft and that this does come at a price but, in my opinion, it does not explain some of the over inflated fees that some of these rip off merchants quote!  So, in true Tony style, I’ve decided to shake things up a little by readopting one of the crafts in which I enjoyed much success.

The  question was, finding a name for my new venture and then it occurred to me, right from the keys of my laptop, there was only one logical name

and that was A DIFFERENT ANGLE PHOTOGRAPHY!  Yes, it has been used before in many different variations but it’s a name that’s close to me for a somewhat obvious reason.

So what’s my objective?

Did you know that studies show that half of women hate looking at pictures of themselves? Many will go out of their way to avoid a lens explaining away their aversion to the fact that they hate their smile, that their eyes are closed, the outfit isn’t quite right or they simply are the wrong shape.
Are you one of these women (or men)?

Well, you’re not alone. Other women AND MEN feel exactly the same way. The reality is that, most of the time; the negativity you see in your likeness is just a reflection of how you were feeling at the moment you knew the picture was being taken, hence why you’re often much happier with those rare ‘natural’ shots taken when you were least expecting it.

I believe that  everybody (yes, males and females of all ages) have a natural beauty; the trick is simply in knowing how to capture this through a lens. No camera trickery or Photoshop soft focus filter required.
And I do have an idea about these things, having worked as a freelance photographer for many years, specialising, primarily, in ‘new faces’. This has led me to  work with greeting card giants Athena International and women periodical, FOR WOMEN.

So, if you’ve been flirting with the idea of having ‘some photos’ taken alone , with a family member, your best friend, or if you’re simply tired with the usual stuffy ‘official photos’ at important events, challenge me to bring out the best in you at a fraction of the cost of other rip off merchants, I mean photographers!

If you’ve been quoted thousands for your wedding, event or photoshoot then get in touch, from what I’ve seen, you really could save hundreds of pounds.

Take a look at my website www.tonymarturano.com to see some of my older pictures. Alternatively, if you are on FACEBOOK, you can see pictures from some of the recent, more ‘casual’ photo shoots that have taken place right here at Casa Bella. A DIFFERENT ANGLE PHOTOGRAPHY.

If you have any questions, send an email or leave a comment below or on the Facebook wall.