Posted by Tony Marturano on July 3, 2011 in writing |No Comments

“We’re all too terrified to do or even say the wrong thing; TV shows are banned, products are removed or renamed for fear of causing offence.”

The BNP’s (British National Party) win in London (apparently through proportional representation) has only served to stoke the racism fire. Whether or not this small gain was a message from the British public or something that was won by default, it will have little impact on the crazy practices, such as street name changes, and the omission of baby Jesus from school nativities for fear of offending ethnic minorities. 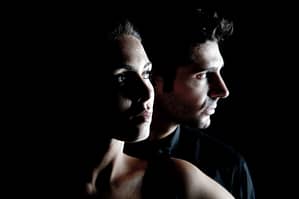 There is an unambiguous double standard applied to racism that, like zombies, is universally accepted by most white people since it appears to be born out of historical guilt and nurtured by a relentless stream of editorials about institutional racism and commercial victimisation. To me, it’s this hypocritical practice, more than anything else, that is stealthily fuelling the fires of racism much more than any public rally because it is tapping into a common British myth; we don’t complain. “Mustn’t grumble”, perhaps but the majority of us will allow an issue to fester instead.  If a hotel room wasn’t to our satisfaction because it was unclean, we simply won’t go back. Instead, most of us just go home and moan about it to friends and work colleagues rather than addressing the root of the problem and soliciting change for the greater good.

If we are all reaching for the somewhat oversimplified aim of coexisting in a multicultural society that shuns the oppression of minorities, preaches equal rights for all and banishes to history the mere idea of an Aryan race, why is it that, in the UK alone, we’re forever spawning new groups and organisations, such as the NBPA (National Black Police Association), BlackEnterprise.com and the FBHO (Federation of Black Housing Organisation), to name a few. And it doesn’t stop and start in the UK but is endemic the world over with television stations like BET (Black Entertainment Channel) and a myriad of others who, in name alone, propagandise elitism, segregation; in so much as they devote themselves exclusively to their respective communities.  I mean, can you imagine the uproar if somebody incorporated the WEC (White Entertainment Channel) or the NWPA (National White Police Association). Culturally, such ideas are inconceivable. However, ‘constructive racism’ is good and rife in many organisations so as to ensure a ‘balanced’ proportion of ethnicity. In my opinion, this practice alone stokes resentment because it’s our freedom of choice that is quite clearly being eroded.

So, what’s wrong with any culture/group representing its interests? Absolutely nothing. After all, we can’t profess to pride ourselves with our multicultural beliefs if we don’t encourage diversity.  The only problem is that we appear to be suffering from an acute case of indigenous self

deprecation, it’s almost as if we are embarrassed to be British and terrified of championing our heritage, our culture, our country.  What’s happened to the Great in Great Britain?

It’s been scared off. We’re all too terrified to do or even say the wrong thing; TV shows are banned, products are removed or renamed for fear of causing offence. The worse thing is that most of these somewhat hysterical knee-jerk reactions are not the brain child of any minority group but of some misguided fool. The effect is the same; we aren’t all equal after all. Some of us are so different that a whole way of life needs to be unravelled to cater for the few of us that are ‘special’ and easily offended.

Yet, you need only listen to today’s hip hop to hear human beings refer to each other as “bitches” and “niggers” (and yes, I nearly wrote ‘N’ instead). But hang on a minute; I thought we were trying to eradicate such words from our modern lexicon? Well, aren’t we? Apparently not, apparently the ‘N’ word is only offensive if uttered by a ‘white’ person but it’s fine if spoken by a black person.

I’m not a BNP member although, to some, parts of this article will probably read like I am, but I do understand and even support some aspects of what the party is trying to achieve, more specifically, its commitment to safeguard our culture, our heritage so that it’s not diluted by our historic quest for a multicultural society. I do not support their radical approach to certain issues since they are not compatible with who we are as a people. Furthermore, it’s my opinion that the BNP’s sometimes fanatical stance has turned it into the pariah in an already culturally paranoid society, to the point where membership alone means you are a racist.

It will take a major image makeover and policy review to make the party attractive to the few practicing patriots whose support will be crucial to its ability to make a difference since, as a people, we often encourage change but don’t embrace fundamentalism.  I hope they recognise this and act accordingly since they could be the only thing that stands between further erosion of our national identity and the ultimate demise of what it means to be British.

Originally published in Issue 2 of a Different Angle Magazine