Mind the gap in public transport

Posted by Tony Marturano on May 24, 2011 in writing |No Comments

“…descending into the Underground was like being on an escalator to hell, travelling through the nation’s armpits whilst occasionally stopping off a stranger’s crotch central…”

No matter who you are and where you live (with exception of some), you’ll have been exposed to the endless media barrage of environmental issues. Yes, finally the ‘movement’ that started a few decades ago is gathering momentum, from the filtering of garbage into appropriate receptacles through to environmentally friendly motor engines (yes, I know that almost sounds like a contradiction), there are distinct changes afoot. Companies are clambering to be seen as environmentally friendly, it’s good PR, it’s fashionable and, in some cases, profitable. ‘Every little helps’ is the slogan of one of these companies that has gone as far as promoting, among many things,  a fashionable (there’s that word again) ‘green’ bag that you can use again and again. 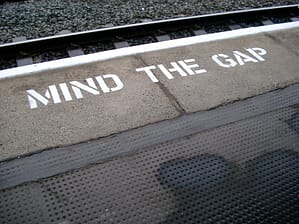 Meanwhile, the UK government is also doing its bit by forcing power suppliers to generate energy from renewable resources (see War of the Wind Farms) and by punishing evil ‘gas guzzling’ cars whilst rewarding everything that is environmentally friendly, including large corporations. This commitment to cutting greenhouse gasses is evidenced in its  policy to double the price of car tax for a standard people carrier, and a serves-them-right hike for ‘self indulgent’ and ‘inconsiderate’ drivers of 4x4s. This is on top of soaring fuel costs and, let’s not forget, that famous 2p increase that was postponed. The spin machine would have us believe that the new tax is to deter us from jumping into future ‘gas guzzlers’ (which I can understand) but the tax will be levied on existing motor vehicles, which kind of negates the point. Or perhaps, reality unchecked bureaucrats are proposing that owners of now unaffordable, environmentally unfriendly cars jettison these and, despite rising living costs and the all new exciting credit crunch, splash out on a brand new eco friendly car. Either way, it’s all good for government as they’re becoming more popular with environmentalists whilst they’re still raking in three quarters of the cost of a litre of fuel, plus the extra 2p increase they feign to ‘umm and arr’ about, as well as the additional revenue they’re looking to fleece in higher taxes.

Most of us are intelligent enough to understand that, even generally speaking, we’re not truly respecting the ecology of the planet and measures have to be taken to safeguard the future. But support for measures can only be achieved by ensuring that we don’t get bent out of shape by the fact that nations ten times the size of ours don’t give a damn. Last time I looked, America, China and Australia were competing for the number one slot of world’s ‘dirtiest’ polluter; country whose power station emissions alone accounts for the release of over 2.8 billion tons of CO2 per annum. Yet, I don’t see the American President proudly announcing the fact that he’s going to double the cost of running a motor vehicle in an effort to force Americans out of their ‘yank tanks’ and onto public transport. On the contrary, Americans tend to boycott most treaties or protocols, citing in their defence that to do so would damage their economy. I’m not picking on America,  I actually feel a lot of sympathy for Americans who are traumatised by the rising cost of ‘gas’ and are already seeking counselling from their government despite the fact that they pay a fraction of what we do in the UK. Meanwhile, the UK government appears to have no reservations about damaging its economy. When small hauliers decided to stage a peaceful protest against the fact that they were being put out of business in favour of their European counterparts, our elected government promised to ‘listen’. How kind.

When the majority of people are killing themselves working multiple jobs in an effort to make ends meet, the last thing they want to hear about are more taxes cynically disguised as a commitment to stop climate change.  If the government truly wants us out of our cars then it has a duty to explain why we, a nation with one of the highest costs of living, are one of the few expected to shoulder the environmental burden and how we’re expected to ditch our preferred and most trustworthy method of transport in favour of a system that is degraded, unreliable and unable to fulfil its basic commercial obligation. I, for one, am tired of hearing environmentalists drone on about public transport when, at least where I live,  bus routes have been cut! Not that I have or ever would use these services, and that’s not because I don’t care about the environment because I do, but simply because there are no realistically viable services from my rural location that would take me to my office in the heart of Cambridge.

Meanwhile, I and a colleague decided to test the public transport alternative on a business trip to London. It was a Tuesday morning in July, we wanted to avoid some of the early rush and crush so we scheduled a late meeting and took the 9:20 from Peterborough to Kings Cross. We joined over thirty more people on the St Neots platform as the First Capital Connect train slowly rolled in. My groan and that of some of the waiting passengers was audible as sardine-packed carriages trundled by before coming to a stop. We all naturally yet pointlessly converged on the train at the same time, hoping to find a spare seat, some did but most of us were forced to stand the whole sweltering hour it took to get to London, as did all of those who boarded from towns along the way.  In London, we decided not to take a taxi but braved the underground. Now, regular commuters will know what I mean when I say that descending into the Underground was like being on an escalator to hell, travelling through the nation’s armpits whilst occasionally stopping off a stranger’s crotch central (if you’re lucky to get a seat). Needless to say, I arrived at my destination hot, bothered and with a strong urge to take another shower, and my day hadn’t even started! Don’t get me wrong, I really don’t mind travelling on the underground for ‘day trips’  during ‘non peak’ days out in London but it was, without a doubt, the most disgustingly uncomfortable commuting experience of my life, and I am in no hurry to repeat it. The best part was the oppressively warm ride home when, wedged between two other commuters, I took in the frayed fabric of my chair, the graffiti on the compartment wall and the clattering din of the uselessly open window. You can imagine my bemusement when my colleague leaned across to me and said, “Look on the bright side, this carriage is much nicer than the ones from Bedford.”

How on earth can the government justify ‘pricing’ us out of our car if the above is any kind of an example of the public transport system? I guess I should be thankful; at least the train was on time. I know there are many (and I really sympathise with you) who have to leave their houses hours earlier than normal just to ensure that they get to work at a reasonable time. Of course, the same does apply to car commuters but at least our comfort is commensurate with the amount of money that we can afford to spend on our cars. On public transport, it doesn’t matter how much we spend on a ticket, the luxury is capped at whatever the service operator decides to provide. In fact, they’re often spewing details of the billions that they spend each year improving our ‘experience’. Call me fussy, but in the spirit of basic general commerce, I’d settle for the fact that if I spend over £30 for a seat on one of their trains to London, I’d actually like to get one, but if I have to stand about in the corridor then I’d very much appreciate a discount as I’m quite clearly not getting what I paid for. I wouldn’t expect my local store to sell me half a pint of milk and if it did, I’d certainly have something to say about it, as would most of us. Yet, public transport appears to be another one of those British things that we just put up with. Although this time, it might have something to do with the fact that, unlike a grocery store,  I can’t shop somewhere else. So much for privatisation.