Posted by Tony Marturano on February 14, 2012 in writing

What does Valentines Day mean to you? Does it make you feel warm and fuzzy? Duty bound or blatant sour faced and cynical?

So, was Saint Valentines the saint of lurve? Well, not quite. February 14th was first known for honouring Martyrs, such as Saint Valentine, it is believed as far back as 496. Valentine’s day actually first became associated with ‘love’ in the middle ages when the tradition of ‘courtly love’ became, well, traditional. By the 15th century, it had evolved into the day when lovers expressed their love by presenting gifts, amongst other things, to their loved ones. 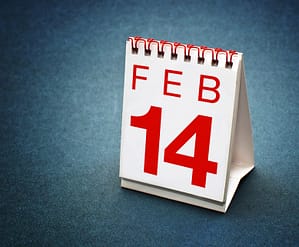 Fast forward several centuries and not much has changed apart from the face that Valentines Day has evolved into a multi billion pound industry. Cards, confectionery, flowers, clean and filthy trips away, jewellery, fancy meals, cologne, perfume, gadgets….phew, I could go on for a while but you get my point. Not unlike Mother’s Day, Father’s Day, Cat’s Day, Dog’s Day and every other ‘day’ you can think of, Valentine’s day is serious chi ching time for certain industries.

Of course this all sounds somewhat cynical but you can’t help but feel that this ‘day’ thing has been nurtured by global enterprise to give the economies of respective companies a quick commercial shot in the arm whilst applying the pressure to everyday folk who, in a materialistic world, feel obliged to part with their cash for fear of ‘upsetting’ somebody.

The stoical among us would say that such vacuous displays of affection do not define a relationship, and there is some truth to that argument as it’s synonymous with those that argue that any display of affection should be spontaneously felt as it is administered throughout the whole year and not solely when the calendar dictates. And who can argue with that? Would you much rather be showered with gifts on Valentines Day or would you settle for simply being treated with ‘right’ and with respect for the rest of the year.

The smug see today as an opportunity to troupe the colour red or, more specifically, to parade their latest offerings in an almost tribal display of prowess; behold my possessions! And I’m not talking about the gift itself but about the person from whom the gift originated, for this person is a conquest in itself and to exhibit such a conquest is not a practice exclusively reserved for Valentines Day. Then again, is it such a terrible practice? E.g. if that person had been single for a long time and now has found the partner of his or her dreams who treats them like proverbial royalty and makes them feel so special then why shouldn’t they crow about it? Surely they’ve earned the right to after wandering for what felt like centuries, as love destitutes, through a baron landscape of a single’s wilderness. Maybe.

So what about ‘the singles’? How are they fairing on the this day of red parades? Well, some worse than others these select few are subject to their own parade of shame, and it’s that of failure. Men are particularly susceptible to this; indeed to be a straight male and not have girly on your arm arm always prompts a few questions as well as a re-branding to gay, a playboy or sociopath. It couldn’t just be of course that this male simply enjoys being single and living his life as he chooses without the need to ‘check in’ with a significant other for now.

Not unlike Christmas and New Years, Valentines Day has the unique way of making some singles feel rotten about themselves and their lives. The reality is singles are much better off than many who are in a stagnant relationship (some of them ardent red paraders) that died many months if not years before but they simply don’t have the guts and, often, the opportunity to leave. By guts, I mean they’re terrified of wandering the aforementioned wilderness, terrified of being alone, and have settled with the idea that it’s better to be with somebody than with nobody. 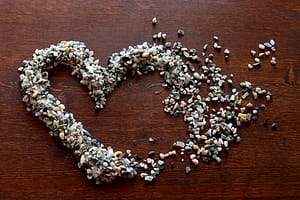 Is this how you want to spend the rest of your life? Stuck in something, whatever that may be, than nothing? This is your life, every second you wish away, every moment that you waste on something that gives you nothing is a waste of your time on this earth. Surely you’re worth much more than that, aren’t you? The same is of those who are ‘trapped’ in a property investment or to a relationship for the sake of somebody else , whether that be their partner or indeed their children. If our society has taught us anything, it’s that children live a much healthier life with parents are who relatively content with their existence yet separated than with those that spend the majority of their time together squabbling over the ridiculous.

Whatever your relationship status on this Valentines Day remember one thing; relationships, like the tide, come and go. What remains are the humans who are true to you, be it family, your best friends or indeed your life partner of many years. The humans who, no matter what, stick with you through the good times and the bad, for rich and for poor, in sickness and in health. And no, that phrase doesn’t apply exclusively to husbands and wives but to all of those who prove to be our source of strength even in the most darkest of times. It’s these people who are the true riches of your life, not the material or even the carnal pleasures you’ve amassed along the way.

Love is not one person but it is your life; the air you breath, the colours you see, and that ability to look back at your short existence on this earth and LOVE what you see.