LIVING WITH THE DEVIL; A TRUE STORY OF NARCISSISM 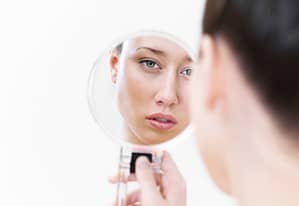 We’ve all experienced bad relationships, and it doesn’t matter whether these are personal or professional, the net result is the same; emotional turmoil.  I’m no exception. A few years ago, a personal six year relationship came to an abrupt and traumatic end. Like many, I didn’t take it well, I found it particularly difficult to understand why it had happened and “why, as human beings, we can be so loving yet hurtful to one another.”  And thus, as a writer, I was inspired to work on a new, non fiction, project called ‘Coming Up for Air’ which had me spend the next year travelling, researching and talking to literally hundreds of people from all walks of life about their relationships. It was an amazing cathartic journey of planes, trains and automobiles. One week I was hanging out in Starbucks, Oklahoma and the other, I was interviewing U.S. Marines on a base in North Carolina. In fact, the project was endorsed by the Pentagon which meant that I was also granted unprecedented access to Air Force personnel on bases here in the UK; Lakenheath and Mildenhall. The interviews took place over a week and they started 06:00 and ended at 18:00 during which I heard many stories but none quite like the one I’m going to share with you. This story is so incredible that it actually dominates much of the manuscript. However, since I can only share a fraction of it, I’ve chosen the part that, in various degrees, affects many of us.

It starts with this forethought: It’s a sunny Sunday morning and the church is packed with worshipers, suddenly, out of a mysterious mist, the devil appears scaring off a panic stricken congregation. Within minutes, the church is empty but for one old man who remains in his seat, oblivious to what has just taken place. A perturbed Satan walks up to the old man and asks, “Do you know who I am?” “Yes,” replies the old man, “I know who you are. You’re the devil.” “Precisely, so, if I’m the devil, why aren’t you afraid of me?” The old man shrugs and says, apathetically, “Because I feel like I’ve been married to you for the last twenty years.”

Forty something Al is a Tech Sgt. In the U.S. Air Force and is one of the most affable people I met during the ‘Coming Up for Air’ project. He’s handsome, deeply in love with his wife and totally devoted to her 8 year old daughter from a previous marriage. A real catch, some would say, so what’s the problem? Well, he’s wife was the devil, or at least her behaviour sometimes made her appear that way. There were unsustainable spending sprees, affairs, emotional blackmail, violent tantrums and bare-faced falsities, and that’s just to name a few. Yet, it took Al, a man of deep southern values, several years before he took drastic action….

YOU CAN READ THE REST OF THIS ARTICLE (THE MOST POPULAR ARTICLE ON THIS BLOG) IN TONY MARTURANO’S COMING UP FOR AIR.

FIND OUT MORE ABOUT COMING UP FOR AIR