Funny Monday; amusing stories and pictures from around the world 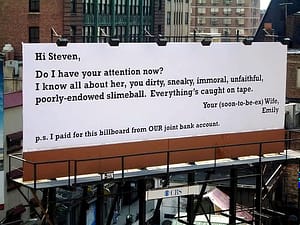 ROUND LIKE A SHOT. 36 year old, Tony Gladstone was on his way to bed one night when he noticed people in his shed, stealing.  He called the

police who told him there were no units in the area but that they would get someone out as soon as possible. He hung up but called back a minute later. “Hello, I rang a few minutes ago to say that there were people in my shed. I just wanted to let you know that there’s no need to hurry anymore, I’ve shot them.”  Within minutes, there were half a dozen police cars, including an armed response unit and a helicopter! The police caught the burglars red handed. One of the officers remarked to Mr Gladstone, “I thought you said that you’d shot them.”  “I thought you said you had nobody in the area,” he retorted.

THUMB OR HAMMER? This is a true story about a shopper (name withheld to protect her dignity) who picked up several items in a supermarket and made her way to the checkout to discover that one of  these wasn’t price tagged. Imagine her embarrassment when, in a scene straight out of a stereotype, she heard the cashier’s voice boom out of the intercom, “PRICE CHECK ON LANE THIRTEEN, TAMPAX, SUPER SIZE.” Things got worse when the cahier’s colleague, at the back of the store, misunderstood the word ‘Tampax’ for “Thumbtacks”  and in a businesslike tone boomed back, “DO YOU WANT THE KIND YOU PUSH IN WITH YOUR THUMB OR THE KIND YOU POUND IN WITH A HAMMER?”

WIDOW’S SHOCK MESSAGE FROM DOWN UNDER A mature couple planned to celebrate their anniversary by checking into the Florida hotel in which they’d spent their honeymoon. Because of their busy schedules, the husband flew down a day before his wife. Upon arrival, he emailed her but mistakenly sent the message to a grieving widow; “I know you’re surprised to hear from me, they have computers here now. I’ve just arrived and have checked in. Everything has been prepared for your arrival tomorrow. Look forward to seeing you. P.S. Sure is freaking hot down here!”

That’s all folks! See you next week.